As I followed and checked in on my Twitter feeds this morning it was inspiring to hear so many positive statements being made on just every topic I checked in on.

Positive is good!  It’s good to talk about positive!

Ouch. That’s a harsh thing, isn’t it?  It’s hard to believe that between all those positive things we’re sharing that there could possibly be any time to squeeze in anything but positive?

Yes, it is hard to believe there’s time to do much else with all that positivity going on!  (sarcasm added)

You’d think that with all this positivity, people would be a pleasure to be with and work with. Collaboration would be soaring, ideas would be popping and well, the learning?  Off the charts!!  People in these buildings would be running to get to work and smiling and talking and looking for more positive ways to interact with everyone!

THAT would be a positive thing many teachers, staff, and parents could really wrap their heads around.

This is not the picture in many of the places I visit or where my colleagues work.

How do we move from that dichotomy to a truly collaborative environment?

I’m guessing here, but I think it has to do with leadership.

Certainly, Chetty (Aasif Mandvi) showed no leadership when he berated Billy McMahon (Vince Vaughn) during the Google Helpline scene.  And I suppose one could take the position that it was tough love.

I’ve raised four children- two biologic and two step-children.  I get that sometimes tough love works… at an individual level. But at a team building level?

Leadership should be about channeling the positivity generated each day and sharing it, teaching it, leading it, spreading it throughout their buildings. (Hats off to those of you do that.  But… are you doing as well as you could? Could you do more? Could you do it better?)

The movie The Internship, at its heart, has several profound messages for me:

Complaints about teachers who ‘just won’t get on board’ abound.  My challenge to you?

Get to know them.

I’m s-uuu-rrrrre…(as Vinnie Gambino in “My Cousin Vinnie” would say) there are those staff members who are truly a waste of time and breath.. people with whom you couldn’t possibly have anything in common…

But then again, if leadership is about relationship building, why not go and build a relationship with those who seem the most difficult to reach?  Spend 2 minutes a day for 30 days talking to your staff member who seems the most disengaged from the discussion… find out what’s happening, what’s going on… building a positive relationship, sharing…you just might be surprised by the connections you could make. Imagine what those connections might become! 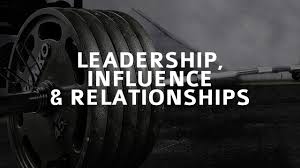